The importance of social media

Today, the online world absorbs a gigantic part of our state of mind. With an all-around digital supply, the search for information on the internet has become almost as important as the communicative exchange, especially for the younger generation. Four out of five people in Germany who use the internet are now also active in a social network – more than ever before (Faktenkontor, 2019). In 2019, 45% of the population worldwide, or just under 3.5 billion people, have logged into their preferred networks, which constitutes an increase of 9% compared to the previous year (Rohleder, 2019). On the social web, we all are senders and recipients of information. We are producers of digital content – the traditional gatekeeper barriers in the form of publishers or journalists are largely dissolved. Every single active user has become an ambassador for his/her concerns and interests. While the influence of social media on communication and political discourse was initially celebrated as a democratic revolution, today social media is also increasingly being critically discussed. Phenomena such as fake news, political mood-mongering, populism, social bots or the abuse of personal data present us with new societal challenges. For us hunters, the use of social networks offers both opportunities and risks at the same time. Never has hunting been as socially transparent as it is today. Never before has its image been so moldable and open for influence through our own actions, yet at the same time so vulnerable and open to attacks. The effects of inconsiderate handling of hunting content on the internet are largely underestimated and show one thing above all: it is the hunting community itself who provides the ammunition for its critics and endangers a lasting legitimation of the hunting culture in the non-hunting societal majority.

Social media: Dislike from the mid-30s

The age group of people in their thirties now represents the largest proportion of worldwide social media users – in Germany as well (we are social, Digital Report 2019). It can be generally said, that the older someone is, the less often he/she uses social networks. The existing age structure of the German hunter community (around 60%  are 55 years and older) further exacerbates this gap. The German Hunting Association (DJV) estimates the proportion of so-called digital natives, who were born in 1980 or later and grew up with the new media, to be 15% (58.279 people; based on number of hunting license holders in Germany 2018/19: 388.529 people). The remaining 85% and predominant majority of German hunters (330.250 people) are digital immigrants. They had to arduously learn the use and handling of the internet. Due to their high frequency of online presence and use, the young generation of hunters has a particular responsibility when it comes to the design and distribution of hunting content. This responsibility carries all the more weight because hunting has become a widely negotiated matter in the public due to its transparency on the social web. We are well advised to reconsider and clearly define our role as empathetic and responsible moderators of this social discourse.

We used to just talk, now we talk photos

Bill Gates sums it up: „Whoever controls images, controls minds.“ The language of the 21st century is a visual one, and social networks are a crucial driver for this. 90% of the information transmitted to the brain is visual in nature. Optical stimuli transmitted to our brain can be absorbed 60.000 times faster than pure textual content (Blog Bildretusche 24). The constant presence of messages, especially on social media, reduces our attention span we give them for assessment to just 8 seconds. What remains in the memory are pictures. They play a significant role in the transmission and explanation of information. This can sometimes be problematic in the presentation of complex topics such as hunting, especially if we draw a one-sided distortion of hunting by the distribution of a large number of photos of dead animals, which has little to do with reality. This embezzlement of hunting diversity does not do our craft justice in any way and consequently damages our image. Within this context, it is surprising that despite the true flood of trophy photos that can be found on the internet, 70% of young hunters clearly oppose their dissemination on the social web (Fischer, 2019). However, even a single inappropriate image picked up by hunting critics can be enough to  create collective damage to the image of  the entire hunting community.  Motives that trigger hate, anger and fear in the viewer provoke a lot of interaction on social media. This is according to the design of the algorithms of Google, Facebook or Youtube, which we as hunters should not additionally fuel with bad photos. This aspect illustrates why reputable hunting photos are so  important for us.  What we need is an increase in awareness among all hunting social media users for a more sensitive handling of hunting content. The basis for this is a broad consensus on how we want to present ourselves on the internet and what defines us as hunters.

Opportunities for the hunting community

Social networks have become indispensable as a simple and cost-effective addition to the existing traditional communication tools. Today, young target groups can no longer be reached without social media. As spearheads of digitalization, they support the dissemination of our messages and generate reach. They help to create a timely and useful review of current mood images among hunters. Real dialogues can be conducted with the non-hunting public. Hunting tells authentic and pictorial stories that can help break down stubborn clichés. „Shared reality“, the core aspect of social media, is credibly covered by hunting topics. Our content is highly contemporary and in line with the spirit of our time. As the Shell study notes, environmentally conscious actions and enjoying life are central aspects of young people’s lives. Women in particular are sensitive to issues such as climate change, species extinction, environmental destruction or habitat loss (Shell, 2019). On social media, we are on the pulse of time. We can catch the development of opinions and engage through our contents. Hunters, for example, spend a total of 83.8 million euros out of their own pockets per year for the protection of species (Verbandsbericht DJV 2017/2018). Comprehensive hunting themes, such as nature and species protection, biodiversity, climatically modified habitats, or the production of high-quality venison (with a positive CO2 balance) have the potential to provide answers to central questions of the majority’s societal discourse.

Challenges for the hunting association

There is a great willingness within the young hunting community for joint engagement and voluntary work. In Germany, 90% of young hunters state that they would support the German Hunting Association (DJV) definitely or possibly in coordinated efforts in favour of hunting (Fischer, 2019). There is a potential here that needs to be taken advantage of. A central problem, however, lies in the fact that existing structures of the association hardly allow for integration, or at least makes it difficult. There is often a lack of knowledge and strategies on how to acquire and specifically involve talented people on the internet. In this context, the association’s structure is at odds with social media culture. Hunting institutions are characterized by a lack of permeability, strict hierarchies, formal responsibilities and long communication and decision-making paths. Contrary to this, social media embodies a culture of participation with maximum flexibility, barrier-free, unrestricted communication across all hierarchical levels, as well as an extremely fast flow of information, which in turn requires immediate reactions. On social networks, alliances are forged quickly regardless of position and status, only to be discarded a little later due to absence of demand. The fast pace of communication is the decisive feature of social media characteristics. The dialogue takes place uncomplicatedly and without delay. If there are no immediate reactions and decisions, the issue becomes obsolete 24 hours later. The pronounced contrasts between the association’s and social media’s structures prevent the advantages of social networks from being fully and specifically utilized. In order to reach the young hunting online users and to create a positive influence on the representation of hunting on the internet, the associations are called upon to put the permeability of their structures to the test and to reduce barriers to communication. Content is king – the quality of our content has a direct impact on our public image. To correct the one-sided distortion of hunting reality created by countless trophy pictures on the internet, we urgently need common standards, which we consistently adhere to. Our identity as hunters is the benchmark for their definition. In addition, an all-encompassing linking of all websites of the national hunting associations under the umbrella of Jagd Österreich und jadfakten.at is essential in order to positively influence the search algorithms, and to channel as much online traffic as possible to sources of information that offer high-quality content.

There is probably agreement on the statement of Karen McColl, CBC reporter and blogger: „The worst thing you can do is to turn a non-hunter into an anti-hunter.“ Our aim must therefore be to promote the self-regulation of social networks with more digital competence and common sense in dealing with hunting topics. This effort can only be successful if as many responsible users and associations as possible act as role models and take on a pioneering role, and sensitize others to suitable content. Credibility, of course, also depends on a strategically thought-out and convincing social media concept.   The lack of resources must not be an argument to avoid discussing an inexistent change of culture. These challenges can only be overcome with the collective will to work together and to create sustainable change. The opportunity is now. The internet is not waiting for us.

This article was written by Christine Fischer and published as part of the 26th Austrian Hunters‘ Conference, March 9 and 10, 2020 – Aigen / Ennstal, Austria.
Find this and further publications on the website of Höhere Bundeslehr- und Forschungsanstalt für Landwirtschaft Raumberg-Gumpenstein (HBLFA) 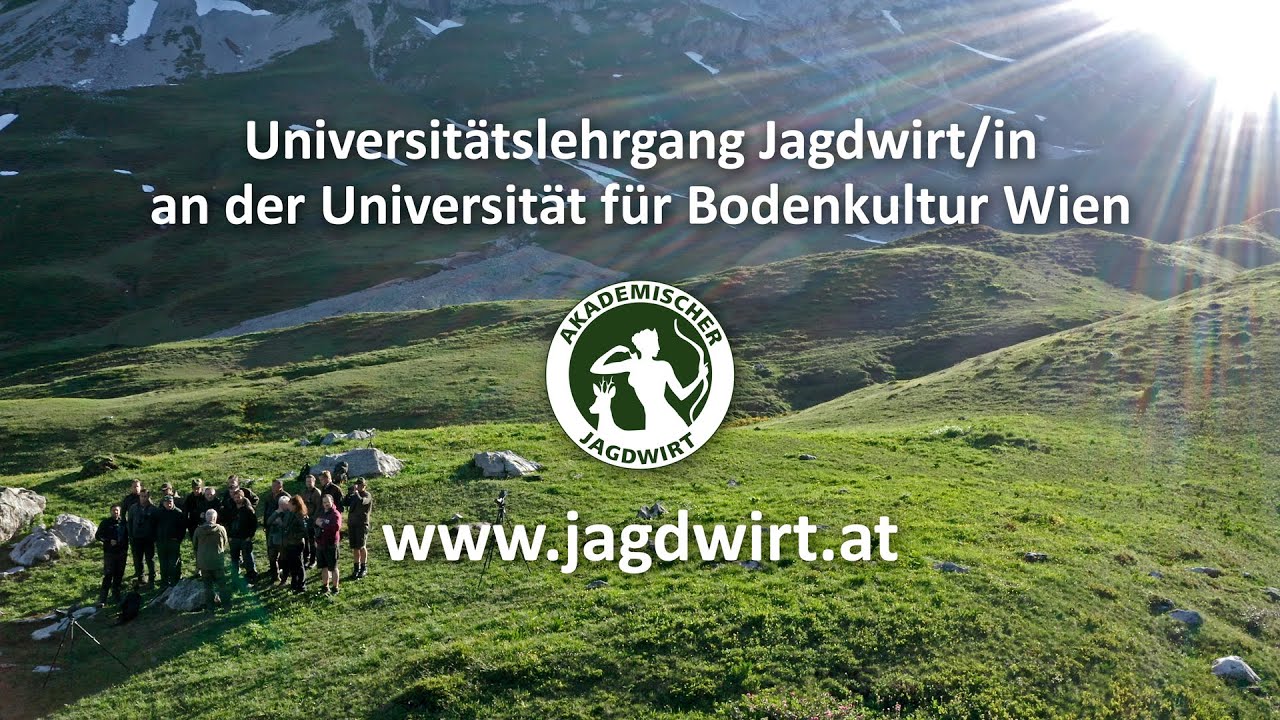